We would like to offer our sincere support to anyone coping with grief. Enter your email below for our complimentary daily grief messages. Messages run for up to one year and you can stop at any time. Your email will not be used for any other purpose.

Share a memory
Obituary & Services
Tribute Wall
Read more about the life story of Steven and share your memory.

It is with profound sadness that we announce the passing of Steven Klippenstein on December 23, 2022 in Snow Lake, Manitoba. Steven is lovingly remembered by his beloved wife Ricki, and adorable son, Emmett. Left to mourn his passing are parents, Tammy and Gerald Klippenstein, brother Jason (Jiyeon) Klippenstein and children Roy and Melvin, sister Serena (Mac) Ross, mother-in-law and father-in-law, Helen and Bob Henderson, brother-in-law Bryce (Elysia) and children Kylen and Brynn as well as many aunts, uncles, cousins and friends, including special friends, Nana and Papa, Janice and Orville Becking.

Steven was born in Winnipeg but spent the early years of his life in Portage la Prairie and Oak Bluff. As school started, the family moved to Sanford, MB where Steven resided until he completed his high school and post secondary education. After completing his Radiological Technology course at Red River, Steven moved to Snow Lake where he became the cross trained x-ray/lab tech at the Snow Lake Hospital. It was there that he met his love, Ricki. In 2014, Steve and Ricki set out to find their home. This journey had them in Winnipeg, Bredenbury, SK, Martensville, SK, and eventually back to Snow Lake where they settled and started their family. In 2016, they welcomed their son, Emmett. In 2022 they made the decision to venture out again, this time to Lloydminster, AB where they were enjoying planting their new roots as a family.

Steve took on many hobbies and passions over the years. In his younger years he enjoyed a variety of sports such as hockey, soccer, baseball, football and even roller hockey. One of Steve’s passions that always stuck with him was music. He was able to play an instrument by ear at a very young age. This took him into his teenage and young adult years playing with a band. Music was a passion that Steve loved to share with Emmett. In Lloydminster, Steve got the chance to coach Emmett’s hockey team. Emmett loved having his dad out on the ice and bench with him while he was playing.

He also took an interest in cooking, snowmobiling, boating, and technology. He would always research the newest and latest. Once his research was complete, he would take it on with full force, eventually mastering and moving onto the next interest. Steve liked to keep his mind sharp and busy.

During his years in Health Care, Steve connected with many of his patients and often referred to them as family. Steve had a calling for working with the elderly; he connected with them in a loving and respectful manner.

Steve’s smile, sense of humour and tree hugs will be missed by everyone in his life.

In respect to Steven, his family will celebrate his life privately.

At this time, the family requests that in lieu of flowers, if friends so desire, donations will be accepted to an education fund set up for Emmett at emmettklippeducation@gmail.com.

Messages of condolences can be made online at www.omegafuneralhome.com

To send flowers to the family or plant a tree in memory of Steven Gerald Klippenstein, please visit our floral store. 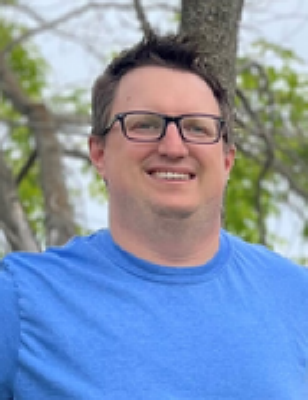 Look inside to read what others
have shared
Family and friends are coming together online to create a special keepsake. Every memory left on the online obituary will be automatically included in the book.

Look inside to read what others have shared

Family and friends are coming together online to create a special keepsake. Every memory left on the online obituary will be automatically included in the book.

You can still show your support by sending flowers directly to the family, or by planting a memorial tree in the memory of Steven Gerald Klippenstein
SHARE OBITUARY
© 2023 Omega Funeral Home. All Rights Reserved. Funeral Home website by CFS & TA | Terms of Use | Privacy Policy | Accessibility